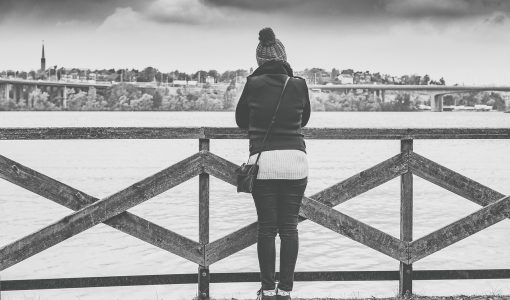 Throughout my teenage years up until my mid thirties I experienced a variety of symptoms that I now know to be associated with anxiety. Some of these sensations were very frightening, ranging from a fast heart beat to excess sweating and frequent urination. All of these sensations can be explained due to the increased levels of cortisol and adrenaline that were flowing through my body, causing me to be in that heightened state of alert, commonly known as the fight or flight state.

Generalised anxiety, social anxiety, post traumatic stress disorder, panic disorder, obsessive compulsive disorder and health anxiety can all manifest as both physical symptoms and psychological and emotional symptoms.  The symptoms do vary from one adult to the next, some people may have more than one symptom.

Some of the psychological symptoms of anxiety can be restlessness and an overwhelming feeling of impending danger or dread. Anxious people are often ‘On a knife edge’ and are easily irritated, frequently ‘snapping’ at friends, family and co-workers. Anxious people find it very difficult to concentrate and often perform badly in academic situations, even though they may be highly intelligent and would ordinarily do well in exams. As a result of these sensations anxious people often withdraw away from people in order to escape the feelings of worry and dread. Adults who suffer from an anxiety disorder may take a lot of time off work, further compounding feelings of low self esteem and worry. Children who have an anxiety disorder may spend a lot of time in their room or avoid going to school.

So, what about the physical symptoms of anxiety? The common physical symptoms of anxiety are dizziness, feeling constantly tired, a faster heartbeat, aches and tensions in the muscles, shaking, excessive sweating, shortness of breath, headache, pins and needles sensations in various parts of the body, feeling sick and difficulty falling asleep and staying asleep.  I remember quite vividly when I suffered from anxiety, feeling tired a lot of the time. I remember one of my ex-girlfriends commenting that “I was always tired”, I couldn’t fathom out why this was at the time, but now I know that my body was using more energy than people who didn’t have an anxiety disorder, purely by being on constant ‘alert mode’. I would always be hungry too, and when I did eat I couldn’t seem to get my food down me fast enough! This would provide me with a temporary ‘fix’ but my hunger would soon return. The reason for this is simply due to the high levels of the hormone adrenaline, which was putting my body on alert mode. The high state of alert requires lots of energy hence the need for lots of food.

My levels of anxiety were particularly high, as a result the symptoms that manifested within me were very noticeable for everybody to see. I used to sweat very easily and profusely, so much so that I became particularly self-conscious about it when people began to notice it. I had a lot of trouble sleeping also, I frequently woke up in the middle of the night and had real trouble getting back off to sleep again. As a result, I often woke up the next day feeling very tired, miserable, groggy and irritable. This affected my interactions with other people, my academic performance and later my performance at work.