How my anxiety began 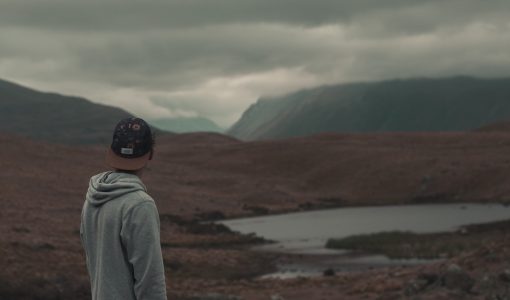 How my anxiety began

I remember it well, it was 1998, I was doing my A levels at King Edward College. I wasn’t particularly enjoying it there due to the very strict conservative regime that demanded academic excellence. I remember clearly one day during an Economics class answering a question and midsentence I stopped. I was just overcome by fear and was unable to speak. I immediately became very self-conscious of being judged and examined by everybody. I began to get a hot flush and went bright red, I remember feeling very uncomfortable as if I had just lit up a beacon saying “Hey look a me, I’m all anxious”. My heart started to race in a strange and very painful way, as if somebody was squeezing my heart, it was simply terrible. I now know this to be a typical panic attack, experienced by a large majority of people who suffer from anxiety.

I remember the Economics lecturer asking me if I was ok. I remember barely uttering a response that I was ok. It was plain for anybody observing that I definitely was not ok. After the lesson I remember thinking what an earth had come over me, did I have a heart condition? Was this a one off? Or would it keep occurring? As it turned out it was not the first and last time that it would happen.

During the 20 years that I suffered from, PTSD, social anxiety and generalised anxiety disorder, I had countless numbers of panic attacks.  During my time working at a particularly digital marketing agency, (the name of which will remain anonymous) I was having around 5 to 8 panic attacks a day, due to the pressure that was being put on me to complete tasks, in an unrealistic time frame. As I have since found out, being in a stressful environment certainly fuels anxiety, as though putting petrol on a fire metaphorically speaking.

During the years that I suffered from anxiety, I tended to withdraw from social activities and people in general. I felt very lost, alone and scared. When I was at University, presentations were especially challenging. In fact, they were hell. Every time I stood up, I shook with nerves and began sweating profusely, which made doing the presentation even more stressful, as I was aware that people could see me sweating. I found that the words became even more difficult to say, and I frequently stuttered. This compounded the feelings of shame that I had about myself, I quickly began to detest myself and have suicidal thoughts.

When a person develops an anxiety disorder it is imperative to seek help as soon as possible. Trying to live your life with an anxiety disorder is like trying to go into battle with your hands tied behind your back. Functioning normally is as near to impossible as you can get. Having an anxiety disorder when you are young robs you of many precious years that you simply cannot get back, the best years and most carefree years of your life can be the most difficult. The good news is that anxiety can be beaten, by applying the correct methodologies to combat it!