How my anxiety caused problems for my dating life 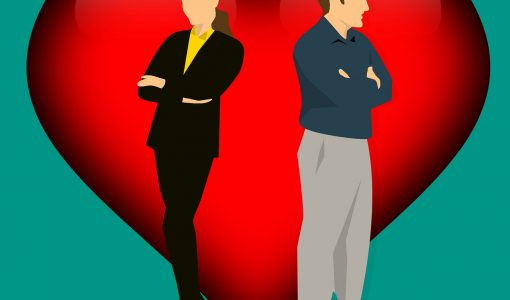 How my anxiety caused problems for my dating life

Dating for most people can be very daunting, particularly if you are meeting people off the internet that you have never met before. Having some pre-date nerves are inevitable, for people who have an anxiety disorder dating is infinitely more difficult.

I remember before I met my wife, dating was painfully difficult. I was not naturally outgoing, and I suffered from severe social anxiety, particularly around the opposite sex. I found the whole experience terrifying, and this was obvious to the person that I was dating. I used to sweat profusely and have to go to the toilet several times during the date, which compounded the awkwardness and embarrassment that I felt.

The awkwardness that I felt had a negative impact on the person that I was dating. As I was so nervous this inadvertently made the other person really nervous, or they just saw me as somebody that they couldn’t see again as I was so jittery. The many rejections that I got resulted in my depression and anxiety getting worse. I began to be severely self-loathing and self-deprecating, overly criticising myself for the slightest mistake that I made. I quickly spiralled into a deep depression. To cope with this, I became looking at hard core pornography, spending hours a day looking at explicit material to numb the pain that I was feeling. I eventually became addicted to pornography, and desensitised to it due to the changes in my brain chemistry. I began looking at women, not as people to get to know and be respected, but mere sex objects.

Life for me was dependent upon pornography. It was my drug of choice to feel better about myself, to hide behind and to quell my anxiety. Although it provided temporary relief for my anxiety it destroyed my dating life. I was well and truly not looking at women based on their personality, but on how I could seduce them. When I look back at this period of my life I don’t look back at it fondly. It was shortly after this time when I decided to seek professional help. I felt that if I could talk to somebody about how I was feeling that this could in someway provide an answer, as I felt that I couldn’t really talk to any friends and family about it.

In 2008 I received professional help with my anxiety and my addiction to porn. Through receiving cognitive behavioural therapy, I was able to see how destructive pornography is, and how it was both hindering my dating ability and making my anxiety worse. Remember it is always better to sort out your anxiety sooner rather than later, as it can rob you of the majority of pleasures in life, such as meeting the right person and falling in love and enjoying life in general. Anxiety can be defeated, it doesn’t have to define you and control your life take action today so that you can live the life that you want to.