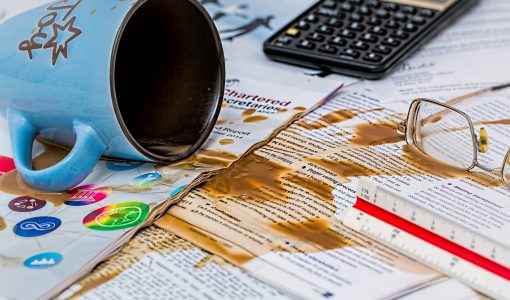 My problems with anxiety really began for me when I started high school. Up until this point I never experienced bullying previously in any form at primary school, I had always worked hard at primary school and got on well with my class mates, who were pleased to see me win the effort and achievement award on the last day at primary school. I hoped that the same would be said at high school where all I wanted to do was work hard and achieve good results. Other people resented this fact and I was bullied for 5 years for pretty much every day of my high school years.

The bullying was mainly in the form of name calling ranging from mild insults to obscene insults that insinuated that I was homosexual and the spreading of rumours about me, all of which weren’t true. I did also have my fair share of physical bullying ranging from being punched in the stomach, thrown into the lockers in the corridors to being spat on. My mother frequently went into the school to try and sort the problems out by speaking to the year coordinator, but that only seemed to exacerbate the problem. I remember I used to come home and pray to God so that he would protect me from the bullies, I felt very isolated, lonely and scared.  I became very self-conscious and withdrawn, my confidence was destroyed and I began to conceal information from people as I knew the bullies would use anything they could in attempt to get at me. I also became very defensive and introvert with people, I always rejected any female attention for fear of the bullies making fun of the issue. All of these I now know to be ‘safety behaviours’ became an obsession. I would walk home a certain way to avoid people and be reluctant to make new friends, only hanging around the same group of people that I knew and trusted.

I had applied to a King Edward VI sixth form college in Stourbridge, a few miles away from where I lived to study A- levels in Maths, Physics and Economics.  I remember being very nervous and anxious about getting a place there, as there seemed a lot of pressure on me at the time to get there, mainly that I put on myself. I remember the few people that applied to go from my school were almost obsessed about getting a place there and the status that it held. This too fuelled the anxiety about getting a place there, as in my mind being rejected would fuel the bullying as I knew the bullies were looking for anything they could to use against me.  Luckily my application to King Edwards College was accepted and I left school in 1996 with a good set of exam results.

The month before I started College was when my anxiety really started to take hold of me. I became so worried and obsessed about starting College, my mind filled with irrational fears that the lecturers would hate me and pick on me and that I would not make any friends. I remember dwelling on the thought of going and I used to have spells of absolute fear.  I didn’t want to let my mother down who wanted me to go to King Edwards as she felt very proud of me achieving a place there.  I tried to explain how I felt to my mother and to articulate my feelings to her. She didn’t really understand and got frustrated with me saying “I don’t want you to be at King Edwards have two years of unhappiness just like your days at school so you better make a decision quick”. I decided though to go ahead with it despite these feelings that I felt.

My anxiety began to steadily get worse at College. I began to experience some more bullying from people who I had known at school who had gone on to college with me, that I thought that were my friends. Academically I was not doing well. I felt very lonely and isolated and my circle of trusted friends was small. I wasn’t sleeping very well and was grinding my teeth in my sleep

My first panic attack occurred during an Economics lesson, I remember clearly what had happened. I was answering a question in the class, and mid-sentence I stopped. Suddenly I was enveloped with fear, I felt my heart race and I began go red and sweat. I felt a sharp pain in my chest as though somebody was squeezing my heart. I was left thinking what had come over me and I didn’t fully understand what was wrong with me.

As I was to find out this was not the end of my anxiety. I steadily got worse and I began to struggle more and more with the academic work. I left college with disappointing results. I now know in hindsight that it was anxiety that was behind this.