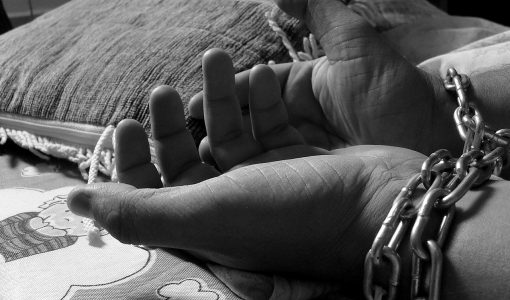 Anxiety unfortunately was a big part of my life for over 20 years. In hindsight I can see how this deliberating condition affected my 20s and 30s and caused a multitude of problems for me.

The first problem that anxiety caused me is a phobia of relationships.  During my teens and early 20s when most young men were having relationships with women, I was too painfully shy to have one. Even though I secretly strongly desired a relationship, I just couldn’t break past the immense amount of anxiety that I felt. I also feared being teased about having a relationship which I knew would exacerbate my anxiety further to overwhelming levels. So, I decided to play it safe and use avoidance tactics to repel any interest that any women had for me, or hide any interest that I had for any women that I liked. I only had two serious relationships in my twenties, purely because of my anxiety of relationships. When I look back at my twenties I see all the missed opportunities that I could have had, to gain real life experience.

The second major problem that anxiety caused me was the lack of social interaction. I have lost count the number of times that I have avoided walking a certain way so that I wouldn’t see somebody or made excuses not to go out as I feared being attacked.  A lack of social interaction is very damaging for not just one’s mental health, but physical health as well.  A substantial number of studies have shown that people who have satisfying relationships with friends, family and their local community have a longer life expectancy, fewer health problems and are generally happier. People who have anxiety disorders by default aren’t happy people and are more likely to have other health problems and potentially will have a shorter life expectancy. Looking back, I see the lost opportunities that I had to be happy, and really isn’t that what most people want to be?

The third major problem which really is a combination of the other two is simply that I was living a very limited life that was dictated by fear. I wasn’t truly happy as I was limited by the interactions that I had with other people. I had missed opportunities to experience life in general, to meet new people, to fall in love, and experience great joy. All this was because I feared life itself. My mind had created a barrier to life, and put up a long list of irrational reasons as to why I could not do various things. For example, if you do this then you’ll get hurt, or everybody will be judging you if you do this, or people don’t really like you so if you do this they will like you even less.

The mind is a very powerful biological computer that can create very intense and frightening emotions and ultimately prevent you from living a normal life.  My advice to you reading this is make sure that you deal with your anxiety disorder as soon as possible, so that you can go on and live a normal, happy and productive life.